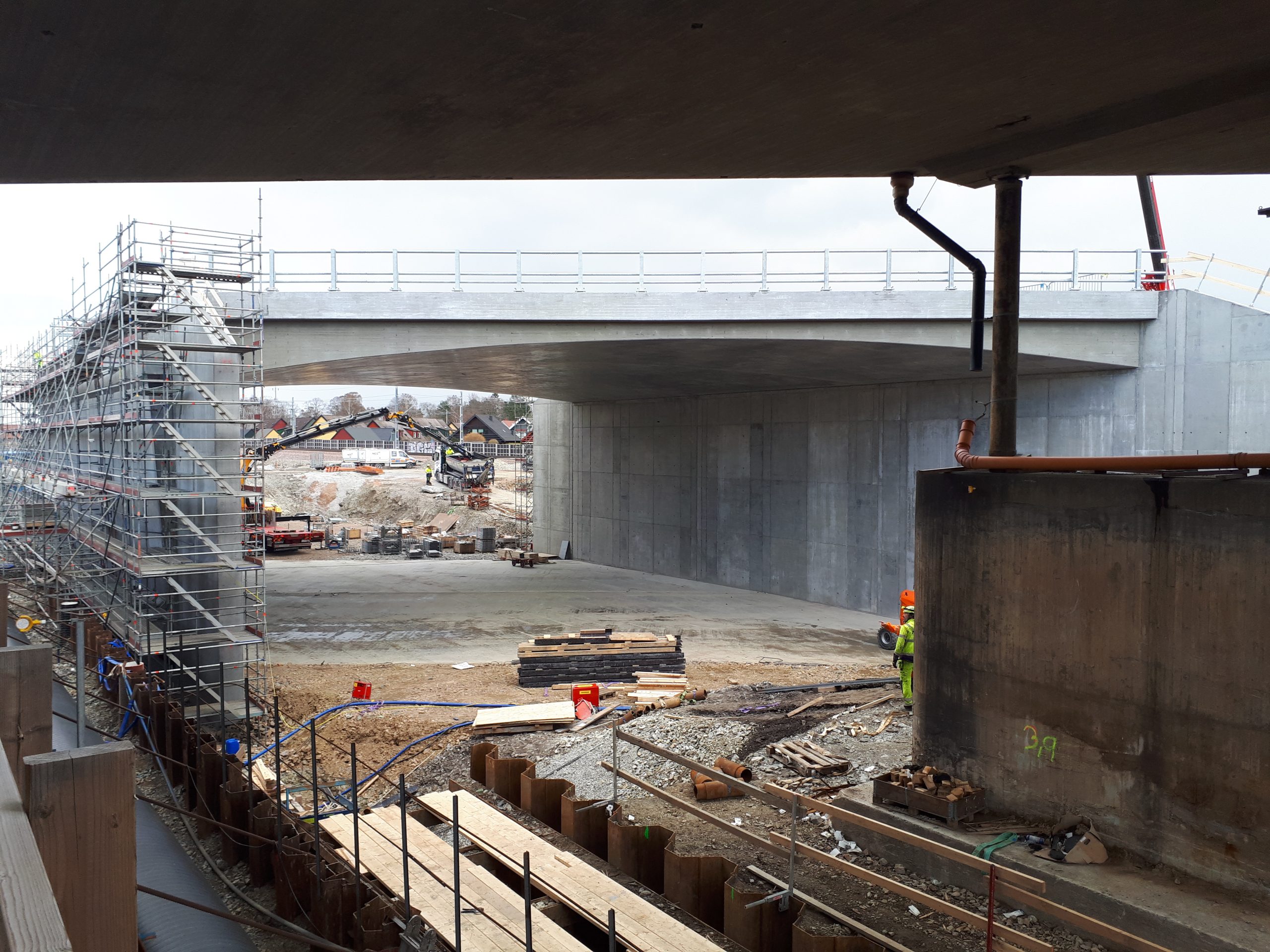 OHL has reached an important milestone in the framework of the project to improve the Lund-Arlöv (Malmö) railway line that it is currently developing in Sweden. Specifically, the company has carried out the installation (placement) of what is considered to be the heaviest bridge moved to date in the country, close to 9,000 tons. The infrastructure will extend the railway platform that will include the four new railway tracks that are part of the project and are currently under construction.

The placement of the bridge took place in the vicinity of the E6 highway, one of the busiest in the country and among the main Scandinavian communication routes. These operations have been completed in a shorter time than initially estimated.

The new bridge replaces an older one and, regarding its construction, it should be noted that the concrete placement beams on which it has rested during its transportation have been manufactured in advance, supported with concrete piles outside the shadow of the existing bridge, and with steel piles under the infrastructure, a place which entailed the challenge of working with the free height and piling works. In addition, the retaining walls of the new bridge extension are prefabricated and placed in the same way within the main frame structure; an action that has also been performed for the first time in the country and that has allowed to accelerate its installation. The new infrastructure is adapted for a future widening of the highway from two to three lanes in each direction.

This operation is similar to the one carried out in autumn 2018, when two bridges were placed in a similar shape and with a lower weight. The largest of the two did not exceed 3,2000 t. Moreover, this success is in addition to other achievements, such as putting the temporary tracks into rail traffic operation, which had been built for the execution of the permanent infrastructure.

OHL is participating in the construction of the Lund-Arlöv section for the Swedish transportation administration Trafikverket, a project developed in a 50/50 joint venture with NCC, a leading company in the construction and infrastructure sector in northern Europe. This is the Spanish company’s first project in Sweden, aimed at improving one of the busiest railroad routes in the country, with a daily traffic of 450 trains and approximately 60,000 passengers. Once completed, the project will increase the track’s capacity to 650 trains per day.