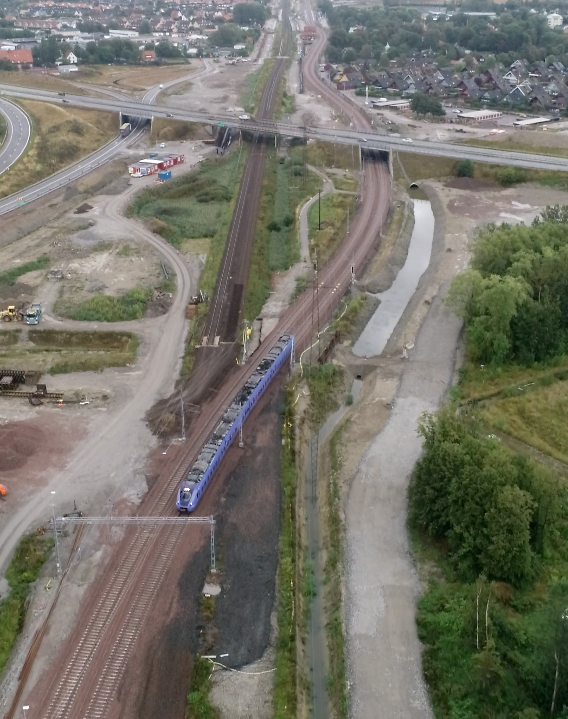 The consortium OHL-NCC has added a new milestone in the project it is executing to improve the 8 km line between Flackarp y Arlöv (Malmö), one of the most outstanding railway projects in Sweden.

In particular, the new tracks built have been put into operation for rail traffic, with participation of more than 100 workers and technicians during the connection activities. Also there were opened two new permanent tracks built in the southern part in a stretch for approximately 3 km length.

The project was initiated in 2017 by the consortium NCC-OHL for the Swedish Transport Administration (Trafikverket), and it consists in an extension from 2 to 4 tracks increasing the line capacity.

Extension of the contract

The design and construction project started in 2017 for 8 km between the municipalities of Arlov (Malmo) and Flackarp, and it was extended in April of this year with another 3 kilometers between Flackarp and Lund, realized the ECI (Early Contractor Involvement) modality in collaboration with the client.