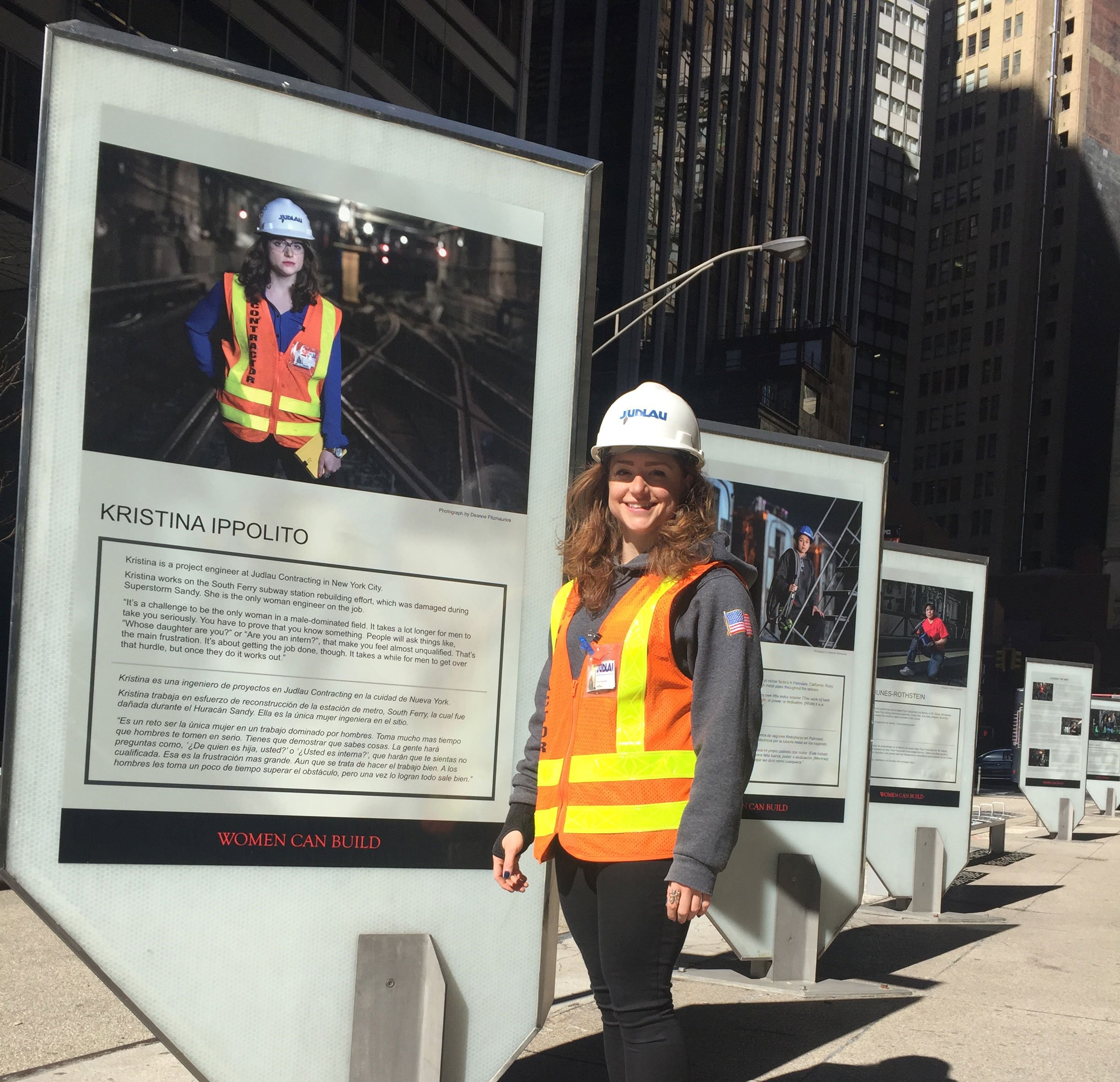 is Project Manager in the MED609 Project in New York (USA). She has worked in Judlau  for 10 years.

My name is Kristina Ippolito and I work on the MED609 Project for Judlau Contracting, Inc. as a Project Manager. The MED609 Project is the largest contract ever awarded by the New York City Department of Design and Construction. The project involves the installation of 36” and 48” trunk water mains, 12 and 20” distribution mains, varying sized sewer upgrades, gas main upgrades, electrical systems upgrades, and final restoration of all curbs, sidewalks, and roadways within the job site limits.

During my 10 years at Judlau, I have proudly been a part of major projects that were designed and implemented to protect parts of New York City’s infrastructure from future flooding. These include the South Ferry Terminal Rehabilitation Project and Flood Mitigation at the Hugh L Carey Tunnel. Both South Ferry and the Hugh L Carey Tunnel were inundated with water during Hurricane Sandy forcing each of them to be out of service for an extended period of time. I had an important job ensuring the station and tunnel were fortified so that another storm would not cause similar damage.

The best part of my current job is that it varies all of the time. I am never tied to a project for so long that it becomes mundane. Each project has a different scope with vastly different challenges, which forces me to constantly learn new things. On a daily basis, I have the opportunity to manage all types of different people which allows me to hone in on my strengths while also highlighting areas in leadership where I can improve.

The best part of my current job is that it varies all of the time. I am never tied to a project for so long that it becomes mundane. Each project has a different scope with vastly different challenges

I highlight company’s values as professional ethics, integrity, honesty, loyalty, efficiency and responsibility before our stakeholders, in all Group activities, always in full compliance with applicable laws. It is favorable to work for a company that is always honest and law abiding. This a very contagious value amongst all members of the team and, when all team members act in an honest way, it creates a strong, structured culture throughout.

My professional expectations in the company include an environment that promotes learning; having coworkers who are supportive and work well in a cohesive team, job security and good benefits. I would advise someone who wishes to join the team that they should always be open and willing to learn about different types of work and different roles.

We work hard here at Judlau and someone coming into this company would need to know that sometimes long hours are necessary. Construction can be a demanding industry, but it also presents many, many opportunities to grow.

Tell us about your experience in OHL at mosaico@ohl.es