OHL has achieved, for the fourth consecutive year, the “Calculo” seal that is granted annually by the Ministry for Environmental Transition and Demographic Challenge (MITECO, by its Spanish acronym) recognizing the company’s effort in its fight against climate change, through the calculation of the carbon footprint generated by its activity. In this regard, it is worth noting that the company incorporates into its business model different methodologies that favor energy efficiency in infrastructure and construction projects, which promote the reduction of carbon dioxide emissions. It also implements actions based on the recycling, management, transformation and reuse of construction materials.

The “Calculo” seal is added to other initiatives and endorsements in which OHL is involved. Of particular note are its participation in the Pact for a Circular Economy, promoted by MITECO; its inclusion in the FTSE4Good Ibex stock exchange index, in recognition of the corporate social responsibility in the areas of the environment, shareholder relations and human rights; and its role as a promoting partner, since 2015, of Forética, and as a member of the Climate Change Cluster organized by them. OHL has also signed the New Deal for Europe manifesto, together with more than 270 companies from all over Europe. The initiative, promoted by CSR Europe, a leading European entity in sustainability and corporate responsibility, has a network of more than 10,000 companies. 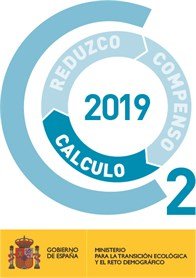