King Felipe VI has received in audience all the presidents and CEOs that make up the Spanish Business Council for Sustainable Development, including Luis Amodio, president of OHL. The event also served to present the joint declaration signed by the members of the Council, presided over honorarily by H.M. King Felipe VI, and aims to promote business leadership in the areas of sustainable, environmental, social and good governance development.

Among the objectives included in the declaration presented to H.M. King Felipe VI are the achievement of zero net greenhouse gas (GHG) emissions by 2050; setting environmental goals that contribute to the recovery of nature and biodiversity; support for the United Nations Guiding Principles on Business and Human Rights; the promotion of inclusion, equality, diversity and the elimination of all forms of discrimination. The Council also advocates the practice of the highest standards of corporate governance and transparency.

The Spanish Business Council for Sustainable Development held its inaugural meeting on February 10. The event was presided over honorarily by His Majesty the King and was inaugurated by the Fourth Vice-President and Minister for Ecological Transition and the Demographic Challenge, Teresa Ribera.

OHL, partner of Forética since 2015

OHL has been a promoting partner of Forética since 2015 and has participated, since then, in different activities promoted by this entity, in Spain and Latin America, aimed at integrating social, environmental and good governance aspects into the strategy and management of companies and organizations. An example of this is its participation in the following clusters: Climate Change; Transparency, Good Governance and Integrity; Circular Economy; Sustainable Cities 2030, and Social Impact. In addition, it is part of the Health and Sustainability Action Group, which works with the aim of making health a fundamental axis of sustainability.

It should be noted that OHL’s commitment extends to other initiatives and organizations; thus, the company has been part of the FTSE4 Good Ibex stock market index since 2008, is a member of the United Nations Global Compact and the 2030 Agenda, which promotes the Sustainable Development Goals, and is aligned with the Guiding Principles on Business and Human Rights. It also participates in and develops initiatives aimed at combating climate change, incorporating methodologies that favor energy efficiency, circular economy and a commitment to innovation. 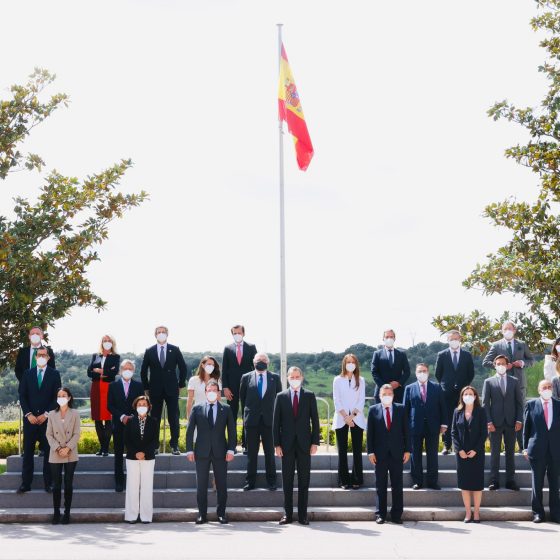