Celebrating our 40th anniversary in Chile

OHLA has been developing infrastructure in Latin America for more than forty years. In the case of Chile, we are celebrating four decades with major works that have contributed to improving the lives of millions of people. Our first project was the construction, in 1981, of the Maule River Canal for the Colbún project. This was followed by buildings such as the National Congress in Valparaíso, the U.S. Embassy and the Crime Laboratory in Santiago.

In the case of roads and highways, we have carried out important projects such as a section of Route 5 (Route 60 CH), the stations and sections of the Valparaíso Metro, the Santiago Metro lines, the extension of the third lanes of Route 78 and the works of the Américo Vespucio Oriente highway (AVO I).

In the hospital sector, we have built high complexity centers such as the Military Hospital in Santiago and the Provincial Hospital in Curicó. Also noteworthy are hydraulic works such as the Antofagasta Desalination Plant, the Chacrillas dam in San Felipe, the Piquenes reservoir and the eighth stage of the Talabre Tailings Dam. Regarding concessions, we provide uninterrupted services in the Santiago Justice Center.

As regards concessions, it is in charge of providing uninterrupted service at the Santiago Justice Center, a complex of nine buildings to accommodate the Judiciary, Ombudsman and State Prosecutor’s Office, to which approximately 380 professionals have been assigned.

The company is also carrying out activities in Chile in the Industrial and Services sector.

“I am infinitely grateful to those who from day one have allowed me to fulfill my work throughout 35 years at OHLA Chile. I hope to be an example for the new generations joining the company. I believe that everything achieved is the result of effort, seriousness, honesty, commitment and responsibility.”” 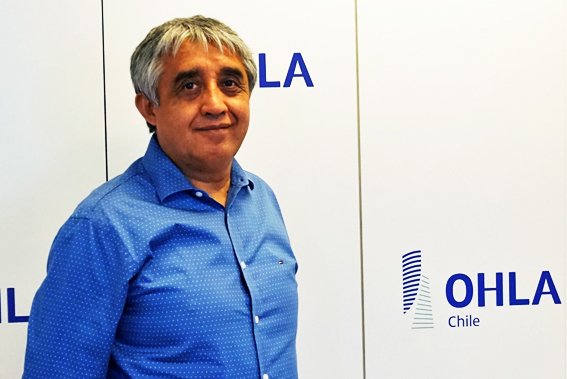